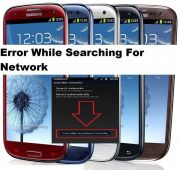 Many people ask what phone locking is all about.  Here is a brief explanation.   In some countries all phones come factory unlocked.  Meaning you can use it on any available network provider ie: carrier in the world as long as that carrier supports the same GSM Frequency bands that your phone supports. Some phones, known as Global Phones support most network in the world. All the new iPhones starting with the iPhone 6 have Global bands incorporated in the phone, so the iPhone will work in any country as long as it is network unlocked.  Too bad not all phones come this way.  Some phones are made for specific markets and only support a limited range of cell phone frequencies.   Even Samsung makes phones for the European market, the Middle east market, the Asian market, the North American market, etc.  So what this means is that the phone, even if unlocked may not work in a different country besides the one it was intended for.   Needless to say, this can be very frustrating if you are a global traveller or looking to buy a phone from an international market place online such as eBay.

There is 4  category of frequencies that are used for cell phones around the world, they are primarily. CDMA, LTE, UMTS, and GSM.    CDMA is almost exclusively used in the USA and Japan, on networks such as Sprint, Verizon, KDDI, Softbank etc.   LTE, UMTS and GSM is commonly used across the world, but don’t get your hopes up just yet.  It is not enough for the phone to support LTE or UMTS for it to work on a network, it has to also support the specificFrequency as well.  Here is where it gets more complicated.   The Common GSM frequencies are 850, 950, 1800 and 1900.  The common  UMTS frequencies are 2100,1900,1800,1700,850,900 etc.  Now that’s not all, it has to also be on the same BAND, like Band 1(B1), Band 2(B2) etc.  Too make this a lot easier, there is Online tools available to help you check this.

Nowadays there are many tools available online to help you figure out if the phone you want will work in your country and if it is even worth buying if it won’t work. There is 3 or 4 tools I usually refer to listed below in no specific order:

Now that you have verified that your phone’s internal hardware supports the network that you want to use it on now you have to make sure that your phone is network unlocked because even if it is supported by the network, the phone wont work if it is locked to a different network.   Network locking is a common practice around the world especially in countries where carriers provide phones at a subsidized rate when agreeing to a cell plan contract for 2+ years.  Now the carrier wants to ensure that you pay of your phone financing plan before switching to another network.  Most phones in the U.S.A come locked to their respective networks, although now many carriers will unlock the phone for free once the terms of the contract have been met.  I did unlock my phone which was on the AT&T network and used it on T-Mobile, here in the USA.   Since T-Mobile and AT&T both use LTE and had the same bands I was able to use it once I finally got it unlocked.

Since we do review a lot of Phones from Chinese Brands, it should be noted that many Chinese brands don’t support many international networks.  After all they are originally made to work in China.  So you will find even though they all come factory unlocked, and there is never a need to enter an unlock code, the phone simply does not have the necessary built in hardware to pick up the signal in your area.  Lucky, some chinese brands are starting to support more international Networks.  Xiaomi is a good example of this.  Many of there new phones are advertised as Global phones.  And like the Xiaomi Mi Mix 2 that was released a few months ago, it works on majority of the networks in the world, including North America and Europe.  I personally have tested the Xiaomi Mi Mix 2 in Canada on almost every network including, Freedom mobile, Rogers, Bell and Telus. Not only did it work on those networks without glitch, it also supported LTE and fast download speeds as well.

Getting the SIM unlock code for the Samsung Galaxy S8 or Galaxy S8+ is usually quicker (and simpler) if you go with an unlocking service. The majority of them provide the codes in a number a hours and provide a complete refund if the code offered does not work.